Is Kinetico Worth the Money?

Is Kinetico Worth the Money?

After being an independent Kinetico® dealer for 16 years, I often get asked the question if people think Kinetico® is worth the money.

Kinetico® is manufacturer of water filters, reverse osmosis systems, water softeners, iron filters, whole house filters, and many other products relating to water treatment. They’re active members in the water quality association (WQA), and have been in business since 1970 in Newbury, Ohio. And to our great fortune they’re also still manufactured right here in the USA.

Kinetico® gives their dealer network freedom to carry any type of water system brand. Keeping us independent offers us the flexibility to offer our clients the best water treatment solutions, but when it comes to 5-star service no one beats Kinetico. Let me walk you through some of the reason we chose to recommend them and how it might be a good investment for you also. And if you want to find your local Kinetico dealer near me click here.

Kinetico® was started in 1970 by Bill Prior and Jim Kewley they were budding engineers with a vision to change the world. They set their sites on water treatment technology that hadn’t changed in years and it seemed like the old design was just falling short of what the market needed.

With constant service due to defective electronics, wasteful regeneration cycles, or excessive wear on the resin media, current single tank electric systems were falling short. They began from the bottom up redesigning each piece of the Kinetico water filters to create something that would last and was easy to maintain. The water filtration systems they invented use kinetic energy (water pressure) instead of electricity to power themselves.

The single tank units have a certain capacity of water they can soften until they need to regenerate (clean) themselves for 1-3 hours. During this regeneration process the system DOES NOT work, because it is in bypass to do its regeneration process. If you use water during this 1-3 hour cleaning process you will get hard water into the whole house plumbing system and water heater.

Also since water usage fluctuates the single tank systems can get exhausted before they are suppose to regenerate. This results in an inconsistent result of soft water, to remedy this traditional service providers would increase the number of times the system cleaned itself resulting in higher usage of salt and water.

A key feature of the Kinetico water softener is it is a twin tank design; meaning one tank is in operation while the other system is on stand-by. So when one tank is exhausted and you are out of your softened water, instead of waiting until 2 in the morning like other manufacturers, this water softener will regenerate immediately.

The use of two media tanks allows the Kinetico water softener to regenerate with soft water to more efficiently recharge the resin bed and greatly reduce the amount of salt and water needed to do the process. Allowing you to have unlimited soft water every hour of the day, and no electrical components that can fail.

The design of two tanks (twin tank) puts the Kinetico water softeners in a different class with double the capacity and higher flow rates. Something about getting 2 instead of 1!

All automatic water softeners were originally electric and used a clock that measured the time the unit was in service. A mechanical device, operated by the clock, required multiple adjustments to regulate the backwash, brining, rinse and other functions necessary to clean the resin bed.

The cleaning mechanism had to be adjusted according to the type of water and the amount and time of water usage. Consideration had to be given for such things as laundry, dish washing, bathing and all water requirements so that an adequate supply of clean, soft water was available when these water-using functions were in progress.

Unexpected changes such as excessive water usage at odd times or power failures were not considered with this configuration, resulting in the loss of soft water. To overcome these unexpected changes, most electric units were programmed to regenerate more often than necessary resulting in greater use of salt, water, and electricity.

With the electric water softening unit, the possibility of electric shock was always present. And electrical components were prone to malfunction in the damp, salty environments in which water softeners were so often installed.

The coming of the Kinetico water softener, the first non-electric, twin tank, completely automatic system, removed all of the problems associated with electric units and provided some added advantages.

Kinetico systems have two tanks joined by a single module that automatically regulates brining, backwashing, rinsing, and shifting from one tank to the other when required. With Kinetico water softeners, no adjustments are necessary.

Kinetico water treatment systems measure the volume of water with a meter that counts as water flows through it. Only clean, soft, filtered water flows through the non-corrosive internal control mechanism, which is completely sealed.  There is no “downtime” when soft water is not available.

Kinetico uses no clocks, no electric valves, no electric sensors, or any other complicated arrangements necessary to regulate regeneration. Kinetico water conditioning systems regenerate only when needed.

Constant changes in manufacturers and products have been a huge hassle for long time homeowners with constant replacements of systems and difficulty of finding parts after only a couple of years.

I’ve heard the story so often that they purchased this unit and now the same company that installed the system says they no longer service of install that model leaving their customers out to dry. With so many designs on the market, not many companies can service other units or be able to buy parts from other manufacturers.

In addition to the changing manufacturers, a lot of manufacturers have shipped manufacturers overseas so the materials and components of the system have begun to be cheaper and cheaper resulting in shorter and shorter lives for the systems 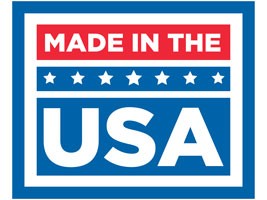 Kinetico was built on the idea to build lifelong clients and build a system that will last and when it does need service since it was designed properly from the creation you can still get parts on systems. Units that were installed in the ’80s are still in operation today.

From the outset, Kinetico has been non-electric so changes in technology don’t result in customers having to upgrade to the newest water saving electronics a couple of years after installation. In addition, all the components were designed to be corrosion proof with the additional protection of always running in conditioned water. This dramatically extended their life and the life of their components. When something is designed right it doesn’t need…

Traditional systems use hard water to run the system and use it to clean the system. Imagine washing all your dishes off and storing that water in a tub, and instead of your dishwasher running on clean water from your house, you dump that tub into the washer and begin to run the dishwasher with that dirty water. What would be the result? Either the dishes wouldn’t come out clean or you’d be using a lot more water and soap to try to get them clean. The same thing occurs with the traditional single tank system they use the hard, chlorinated water from the city to clean and operate their systems resulting in wasted water and excessive amounts of salt being used. Every time an average Single Tank Electric system cleans itself it used 70-80 gallons of water and 7-8 lbs of salt. Kinetico uses 30-40 gallons of water and 2-3lbs of salt. How is Kinetico so efficient?

Water used in the regeneration cycle could be taken only from the source of supply —raw water which had not been cleaned or softened—and during this period the user was either without water or was provided with raw water, depending on the type of unit.

Kinetico designed their system to run on Soft water produced from the system just like using clean water in your dishwasher every time you do a load of dishes. In addition, every time the system had to clean itself it grabs softened water from the opposite tank

As with any product that has a large franchise base you can have mixed reviews. You can buy the best product in the world, but if the service is sub-par then the product get a negative review. That’s we encourage anyone looking for Kinetico water systems to read reviews. You can go and read Kinetico reviews here. Also research your local Kinetico dealer on yelp, google, home advisor, and any other review network to see what there clients have to say.

Other Posts to Read

Is Kinetico Worth the Money? Enquiry